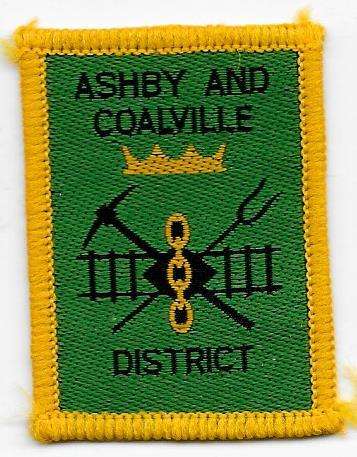 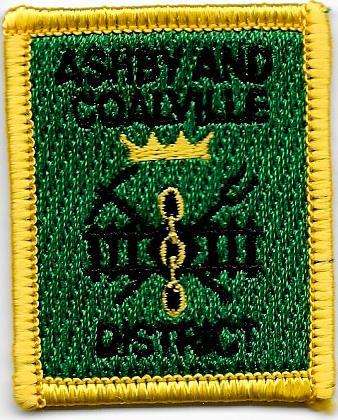 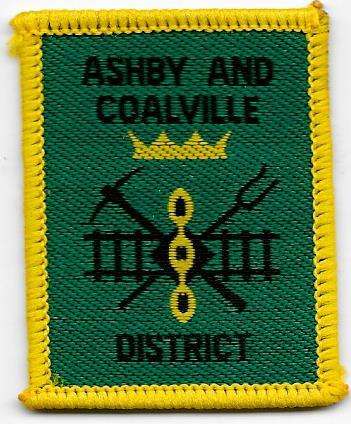 Ashby and Coalville Scout District is the largest Scouting District in Leicestershire. The District is located in the north-west of the county and stretches from Market Bosworth in the south, Measham to the west, Markfield to the east and Thringstone to the north.

The design of the badge comprises a vertical gold chain, superimposed over diagonally crossed pick and hayfork in black, passing through a black diamond centrepiece with horizontal railway track in black and surmounted with a gold crown, the whole over a field or background of green.

The components of the badge represent our District in the following ways:

Information from an article dated January 1981.

Our badge is available through the District Commissioner only.  Please get in touch to buy yours.